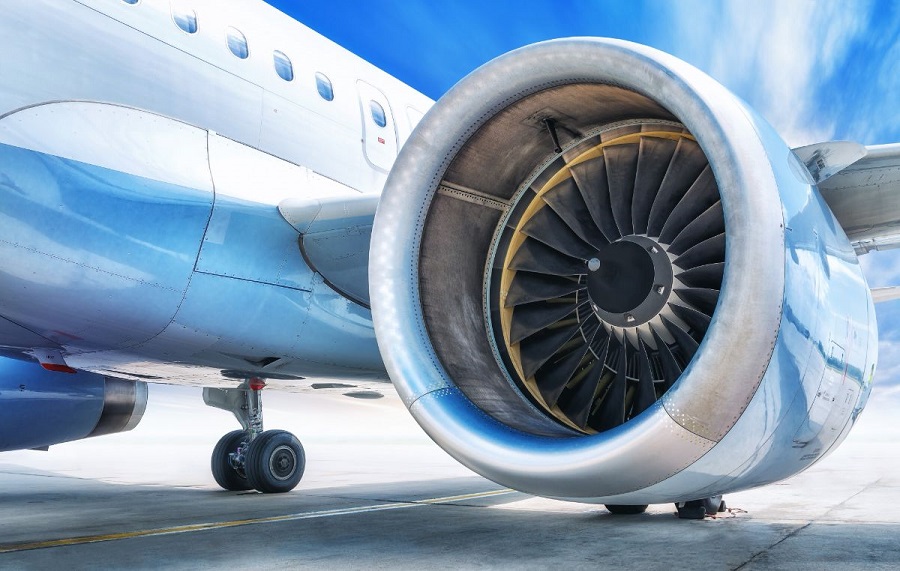 Indian aerospace manufacturing sector could become the sunshine sector for India and create thousands of high-end jobs if it is nurtured by the right policies and actions. It is at an inflection point, like the automotive and telecom sector three and two decades back respectively. It would require sustained support from government to develop critical mass, skill sets and research and development (R&D) capability.

There is a great potential for Indian Aerospace sector to grow in coming years. India has a unique advantage of being one of the biggest markets for Commercial Aviation as well as Defence. Major OEMs are now actively looking to develop supply chain in India and source Engineering services as well as components & assemblies. Driven by the Make in India initiative and powered by State Government support, potential for growth is foreseen.

The aerospace sector demands perhaps the highest degree of fail-proof quality standards. This combined with unpredictable demand, lumpy orders and extreme pressure on pricing makes the risk of aerospace business significantly high. Aerospace manufacturing for the defence sector is even tougher given that there’s only one ultimate client per country – the Ministry of Defence (MoD); the orders are even more unpredictable and lumpy; and the negotiations, approvals and payments can be really test one’s patience.

We are living in a globalized world where capital will flow to the most attractive destination in terms of sustained order-book, cost and ease of doing business. India therefore faces stiff competition from places like China, South East Asia, Latin America, and Eastern Europe in addition to the home countries of the global OEMs.

In June 2016, the Indian government eased foreign direct investment (FDI) norms for the Defence sector, permitting foreign companies to own 100% of domestic ventures with the approval of the government when access is provided to modern technology. The term “modern technology” is not specifically defined in the policy and could be subject to interpretation by various Indian regulatory agencies.

Coupled with progress that India has made in space technology and commercial aerospace manufacturing, incentives under the government’s Make in India initiative, as well as recent escalation in security concerns, are creating ripe conditions for significant progress in the aerospace sector in India.

Global Aerospace sector companies have been directing capital to India to benefit from strong long-term growth prospects. There have been various JV announcements in the sector during 2015–2016, prior to the relaxation of FDI norms. After the relaxation of FDI regulation, the Indian Aerospace sector is likely to record an increase in JVs, as well as a rise in foreign firms establishing manufacturing facilities in India.

Major Aerospace companies such as Airbus, Boeing, Lockheed Martin, and Safran already have a footprint in the Indian market, and some of them are planning further investments. For example, Airbus announced a JV with Mahindra Defence Systems last year to manufacture helicopters for the Indian military. Similarly, Boeing entered into a JV with Tata Advanced Systems in 2015 focused on manufacturing the fuselage of Apache Helicopters in India. In 2016, Lockheed Martin announced interest in moving its entire production of F-16 fighter jets to India to reap the benefits of lower cost of production, enabling them to lower the selling price and increase the global demand for F-16s. As the sector opens up further, there will likely be an increase in global A&D companies entering the Indian market, either through JVs or independently, with 100% FDI now allowed in the A&D sector.

The aerospace value chain comprises activities ranging from design and assembly to, ultimately, MRO services (see below figure). As OEMs and tier-1 suppliers struggle to improve profitability, tier-2 and tier-3 products will likely shift to emerging markets such as India and China.

The Indian aerospace supply base is fairly new. While Indian companies have a significant advantage in engineering and design, they do not yet have the capabilities to handle highend design and development. The government owned Hindustan Aeronautics Limited (HAL) operates across the value chain. However, no other Indian company boasts integrated capabilities.

Design : Several Indian information technology firms have been operating in the aerospace sector over the past few years, with HCL, Infosys, TCS, Honeywell and Wipro leading the pack. These firms have been providing design and integrated software for the aerospace sector. Development services to major aircraft companies. Indian IT firms, however, are expected to develop their capabilities to offer higher end complex design services in the near future. Companies such as Honeywell, L&T Infotech, Wipro etc are already gearing up to emerge as aircraft design and development houses.

However still majority of the manufacture parts as per specifications provided. Further, there are only a few companies’ large companies like Aques aerospace in this segment, as the component industry is still fairly new. With more business expected to flow into India due to offset agreements, tier-1 and tier-2 players will no doubt have a larger role in the global aerospace value
chain.

The emergence of Indian suppliers with integrated tier-1 and tier-2 capabilities will allow global aerospace companies to leverage India as a low- cost option, thus increasing their ability to honor the offset agreements.

Indian aerospace component manufacturers are moving up the value chain from Tier 3 to tier 2/1 suppliers with the entry of players like Aequs, TATA and Mahindra Companies like TATA, Mahindra, Reliance, L&T, and Taneja Aerospace etc. are targeting the aero structures and sub-assemblies segment and have been well received by global OEMs

India’s skilled labor wage rates are up to 60% lower than the United States and Europe. Key to cost savings is the ability to develop manufacturing processes using automation and labor productivity improvements while ensuring quality standards. For example, tier-2 components suppliers offers a 15 to 30% cost advantage to supply product like landing gear components due to a labor intensive manufacturing process while delivering similar quality levels. In aircraft assembly, assessments indicates a potential cost advantage of 15 to 25%.

It is expected that manufacturing of small structural components, hard metal components – aerospace steel, titanium and Inconel, to be used in manufacturing single aisle, brackets and hinges, avionics racks , wiring harnesses, mountings, blades and vanes, to be the key growth area in this segment. This is similar to the evolution in the Chinese aerospace supply base, which leveraged joint ventures with Boeing and Airbus to supply $1 billion in components from 1995 to 2008.

Aircraft sub-assemblies : HAL is the only company with complete aircraft manufacturing capabilities, and companies like Mahindra Aerospace, Tata Group, Taneja Aerospace are ramping up to compete in the segment. To meet industry demands, several private firms plan to enter the market both organically and via mergers and acquisitions. Moreover, several automotive firms may enter aircraft component manufacturing. Reliance, Tata, Mahindra, MRF, Lumax and Minda have already announced plans to do so. Global aerospace majors have started focusing on India to source components for their Indian & Global requirements and Auto component manufacturers in India, with their proven manufacturing capabilities make ideal candidates as supply chain partners in Aerospace & Defence.

MRO services opportunity : INDIA, with its growing aircraft fleet size, strategic location, rich pool of engineering expertise and lower labor cost, has a huge potential to be the global Maintenance, Repair and Overhaul (MRO) hub on a long-time horizon. The current market size of MRO is estimated at about $700-800 million which is expected to reach $1.2 billion by 2020. India has the potential to become the third largest aviation market by 2020 and the largest by 2030. The growth of the industry is being propelled by the development of airports, presence of several low-cost carriers, a liberalized FDI policy, increasing adoption of information technology and focus on improving regional connectivity.

With over 1,000 aircraft on order, India is poised to become the third largest buyer of commercial passenger planes in the world, with only the US and China ahead of it. Having received huge orders from Indian carriers, aircraft manufacturers such as Airbus plan to build MRO facilities in India. In January 2017, Spice Jet finalised a deal worth $22 billion to buy 205 aircraft from Boeing and has tied up with Air India Engineering Services Limited (AIESL) for MRO facility at Nagpur. Key players in the Indian MRO market are Air India, Lufthansa, Boeing, Taneja, HAMCO, Eaton Aerospace, Air works, Max Aerospace, Thales International, Sabena Technics, Jupiter Aviation, Mas Aerospace etc. who operate independently or through a JV.

Other private participants in the aerospace manufacturing sector

Below are some of the key component manufacturing companies catering to the aerospace sector :

Telangana boasts of the country’s first Aerospace and Precision Engineering SEZ at Adibatla in Ranga Reddy district near Hyderabad, and has also announced plans to set up two more similar aerospace parks to accommodate prospective companies.

Currently, the aerospace SEZ is spread across 350 acres of which only 250 acres has been notified as SEZ. Besides TASL, the state had allotted 30 acres in the SEZ to Nova Integrated Systems, a Tata enterprise, 25 acres to Punj Lloyd, 20 acres to Mishra Dhatu Nigam (Midhani) and 96 acres to Samuha, a consortium of manufacturers including MTAR Technologies Pvt Limited.