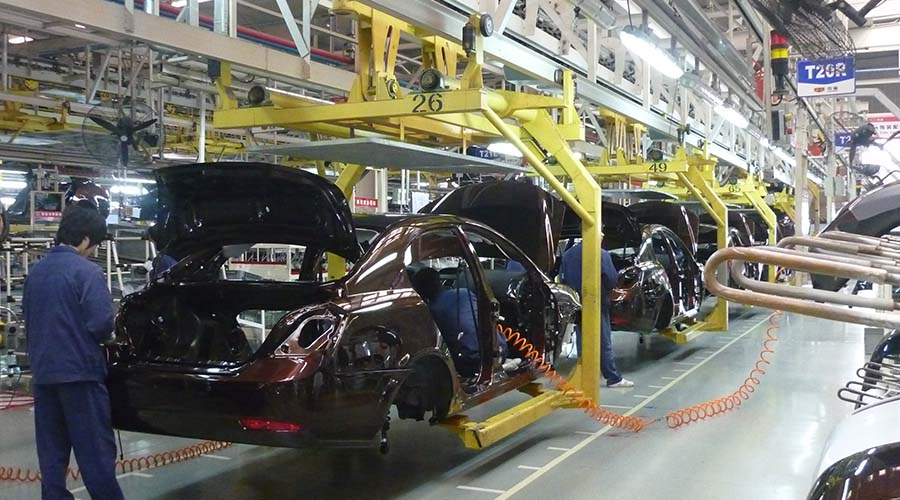 India continues to remain the fastest growing major economy in the world in 2018-19, despite a moderation in its GDP growth from 7.2% in 2017-18 to 6.8% in 2018-19. On the other hand, the world output growth declined from 3.8% in 2017 to 3.6% in 2018. The slowdown in the world economy and Emerging Market and Developing Economies (EMDEs) in 2018 followed the escalation of US China trade tensions, tighter credit policies in China, and financial tightening alongside the normalization of monetary policy in the larger advanced economies.

India’s growth of real GDP has been high with average growth of 7.5% in the last 5 years (2014-15 onward ). The Indian economy grew at 6.8% in 2018-19, thereby experiencing moderation in growth when compared to the previous year. Acreage in 2018-19 for the Rabi crop was marginally lower than last year, which affected agricultural performance. The contraction in food prices may have contributed to inducing farmers to produce less. On the demand side, lower growth of GDP in 2018-19 was accounted for, by a decline in growth of government final consumption, change in stocks and contraction in valuables.

Indian banking sector has been dealing with twin balance sheet problem, which refers to stressed, corporate and bank balance sheets. The increase in Non-Performing Assets (NPA) of banks led to stress on balance sheets of banks, with the Public Sector Banks (PSBs) taking in more stress.

Recently, the government announced a raft of measures, including rollback of enhanced super-rich tax on foreign and domestic equity investors, exemption of start-ups from ‘angel tax’, a package to address distress in the automobile sector and upfront infusion of Rs 70,000 crore to public sector banks, in efforts to boost economic growth from a five-year low.

To bolster consumption, the government also said that banks have decided to cut interest rates, a move that would lead to lower equated-monthly installments for home, automobile and other loans.

The growth in the manufacturing in Q1 2020 almost came to a standstill at 0.6%. The growth in manufacturing sector picked up in 2018-19, although the momentum slowed down towards the end of the financial year with a growth of 3.1% in fourth quarter of the year, as compared to 12.1%, 6.9% and 6.4% in first, second and third quarter respectively. The growth rate in Q1 of 2019-20 moderated considerably, on account of lower NBFC lending, which in part led to sales in the auto sector.

Growth in the industry accelerated during 2018-19 on the strength of improving manufacturing and construction activity, which have more than offset the declaration in the other two sub sectors, ‘Mining & quarrying’ and ‘Electricity, gas, water supply & other utility services’. Manufacturing accounted for 16.4% in total GVA in 2018-19, marginally higher than that of ‘Agriculture & allied’ sector.

The trend of growth of exports and imports was different in 2018-19 in rupee and US$ terms. While growth of both export and import declined in US$ terms, it increased in rupee terms (at current prices) in 2018-19. This happened due to the depreciation of rupee vis a vis US$ in 2018-19.

Mobilizing and deploying a large pool of capital will be a key aspect of the manufacturing growth model. This will require a rapid expansion of the financial and banking system.

If these issues are addressed by producing solutions that actually work for the manufacturing sector, India being the dream manufacturer in every way is no distant dream.

Performance of the Index of Industrial Production (Base 2011-12)

Percentage Change in Index of Industrial Production (Base 2011-12)

The Indian auto industry became the 4th largest in the world with sales increasing at a CAGR of 7.4% over last six years to reach to 26.26 million units in FY 2019. The Indian auto industry is one of the largest in the world. The industry accounts for 7.1% of the country’s Gross Domestic Product (GDP). The Indian auto manufacturing is characterised by presence of domestic and global original equipment manufacturers. The Two Wheelers segment is the leader of the Indian Automobile market owing to a growing middle class and a young population. The growing interest of the companies in exploring the rural markets further aided the growth of the sector.

In order to boost the growth of sector, “Automotive Mission Plan” which is a combined vision of Government of India and the Indian Automotive Industry is established. The mission plan states about where the industry should reach in terms of terms of size, contribution to India’s development, global footprint, technological maturity, competitiveness, and institutional structure and capabilities.

The last few years witnessed major investment announcements by global OEMs coupled with exit decisions by select OEMs. General Motors decided to pull out from India after trying to gain foothold in Indian market for 22 years.

The Halol facility of GM motors is targeted by MG Motor. With this takeover, the Chinese auto major, SAIC Motor, ventured Indian market under the MG Motor brand. SAIC Motor is also considering an additional investment of $350 million in setting up a second manufacturing unit.

Another Chinese auto OEM Great Wall Motors has announced the investment of over $ 1 billion in India as a part of its India strategy. The recent entrant in Indian market, Kia Motors, commenced its operation at its Anantpur facility. This facility of Kia Motors will also be used by Hyundai India for production of its select models.

Passenger Vehicle sales dropped by 31% in July 2019, compared to off take over similar period of previous year. July 2019 was the ninth straight month witnessing the decline in auto sales. The glimpses of slowdown in auto industry started actually a year back from now (from Q2-FY19) and started worsening from Q1-FY20 till last month.

Though the slowdown in Indian auto industry is more of cyclic nature, the July 2019 saw the steepest decline of last two decades. Previous slowdowns were recorded in 2009 and 2014.

The so called “cyclic” natured slowdown was intensified by a combination of things as listed below coming in a shorter span of time. The key points are

2) Sharp rise in insurance cost due to judicial intervention

3) Liquidity issues from Banks and NBFCs

All these factors, coming almost at a same duration, led to sharp increase in vehicle prices. When looked carefully, it appears that there is a marginal increase in showroom price but around 7% to 8% increase in customer buying price which is primarily due to government regulations and other initiatives. The “Deferred” implementation of such governmental initiatives would have had reduced the severity of slowdown.

The Indian Auto industry is demanding a rate cut in GST, a similar action which was done in slowdown of 2009 and 2014. Another key areas that may revive the situation is reducing the finance cost. The OEMs, on their front, are currently offering the all-time high discounts to customers. Industry experts opine that the situation revival is likely to be in place from Q4-FY20.

In a bid to address slowdown in the auto sector, the government has announced a slew of measures The key measures announced include the promise that there will be efforts to reduce interest rates for auto and home loans. There is also a clear assurance that BS4 vehicles that can be purchased by consumer’s right up till the deadline – will have the complete run of their registration period. This means that all BS4 cars and bikes can be used and operated right up to the end of the tenure of their respective registration.

The standard passenger vehicles registration has a 15 year duration (for diesel vehicles that stands at 10 years, but only in the National Capital Region or NCR). This also means that vehicles purchased on March 31 2020 – would be allowed to complete their registration, even though the BS6 deadline would have set in from the following day. Typically registration can take anywhere from 24 to 48 hours depending on what part of the country the vehicle has been bought in.

A big worry for auto industry players was a proposal the government was considering for a hike in the registration charges themselves. Any decision on a revision on registration fees has put off till June 2020. There is another incentive which sees an additional 15% depreciation to be allowed on all vehicles acquired until March 31 2020, raising it to 30%. And finally the government has also lifted the ban on its own departments to be able to replace their old vehicles. This could lead to large orders which will provide a significant sales boost to the sector.